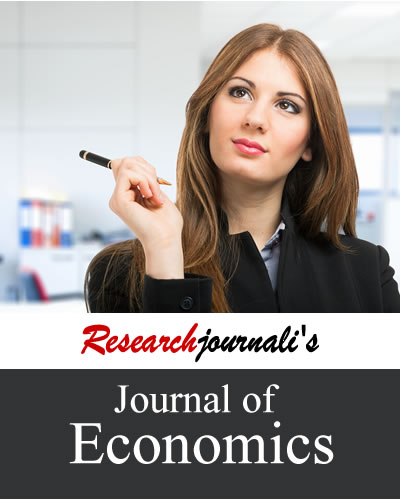 Indian Economy: An Overview [2007-12]
by Mr. Guru Swarup Ms. Seema Chandel
Researchjournali's Journal Of EconomicsDec, 2013 Views: 129
Economy - overview: India is today one of the sixth fastest growing economies of the world. Indian Economy is the ninth-largest in the world by nominal GDP and the third-largest by purchasing power parity. On a per-capita-income basis, India ranked 141st by nominal GDP and 130th by GDP (PPP) in 2012, according to the IMF. India is the 19th-largest exporter and the 10th-largest importer in the world. India's economic growth began slowing in 2011 because of a tight monetary policy, intended to address persistent inflation, and a decline in investment. The present paper deals with the study of some variables which are responsible for growth of Economy. The period of study is from 2007-12.
Download
Instant paper submission
Free plagiarism checking
No copyright transfer
Subject specific journals
Author loyalty reward

Modelling The Optimal Harvest Of The Ecosystem. A Case Of The Rwandan

Analysis Of Government Spending And Economic Growth In Nigeria

Career Info, Counseling And Occupational Choices Among Learners In Secondary In Mbarara